After the 2018 World Cup, the Australian team had many changes such as replacing the Dutch coach, Bert van Marwijk with Graham Arnold returning to lead the “Socceroos”, as well as formally handing over young forces and aspirations.Although Australia has no more famous stars like Tim Cahill, the force with the majority of players in England such as goalkeeper Mathew Ryan playing for Brighton & Hove or Massimo Luongo midfielder playing for Queens Park Rangers … is also worthwhile. Said, is the bright candidate of this year’s Asian Cup champion. 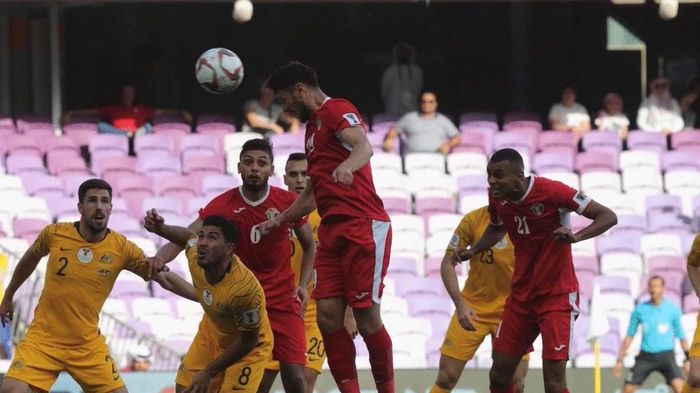 In the opening match against Jordan under the radar, despite dominating the match almost all but the Australian midfielders Luongo and Mark Milligan had a day of less creative play, making the star-studded line-up as the Awer Mabil, Tom Rogic, Robbie Kruse or Jamie Maclaren play faintly. In a game that controlled the ball up to 77% but did not make the necessary punches, the Australian defense had to receive Jordan’s “heal” with a goal in 26 minutes.

That is the situation from a corner kick, Salem Mahmoud Suleim defends a beautiful pass to help Anas midfielder Bani Yaseen to attack and attack the head of the area to defeat goalkeeper Mathew Ryan (Australia) opening the score 1-0. for Jordan. After the defeat, during the remainder of the first half and throughout the second half.

Although Australia tried to push up the attacking squad, the lack of creative play made it impossible for them to break through Jordan’s defense, accepting a defeat. With this defeat, the journey to protect Australia’s throne became difficult when the two remaining opponents in the group were Syria and Palestine (meeting in the match at 23 pm on the same day 6.1 – VN time) was identified stronger than Jordan.